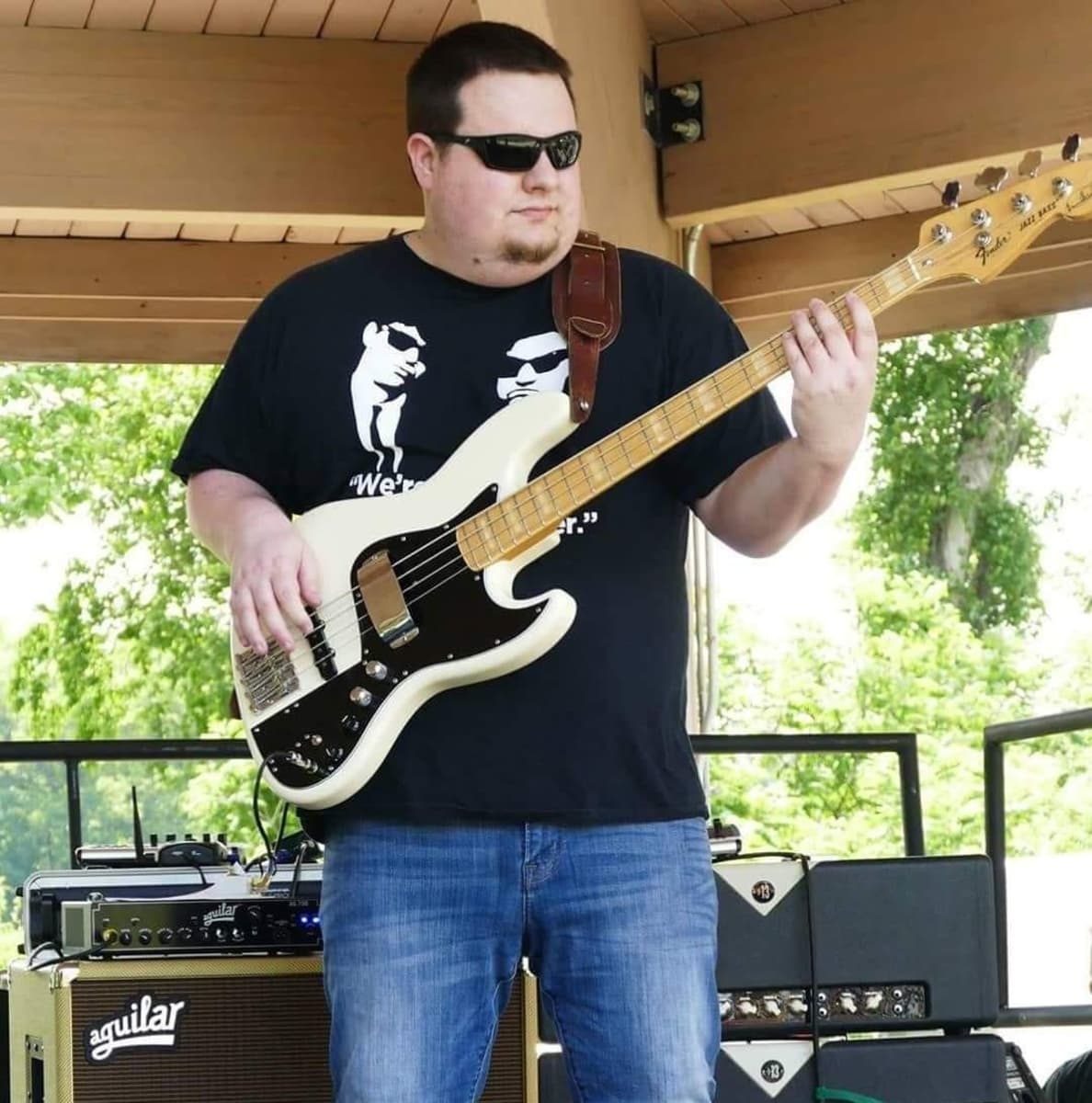 Originally from Westfield, Massachusetts, Jeff Fortier started playing music at the age of 15, learning guitar with his dad and picking up the bass shortly after.  He's been actively playing live music ever since then, starting with youth groups all through attending high school in North Carolina.

In 2006 he moved back to Massachusetts and continued to play in worship bands.  Then in 2011, he joined a local classic rock trio called Cold Shot, while also involved in multiple bands in Western Mass ranging from blues, classic rock, country and some metal.

"I have also been lucky enough to gig with, sit in with and study with some of the best musicians in the Pioneer Valley.  I started teaching in 2017 and enjoy having students of all ages. I know each student is different and I try to make it as fun as possible from them to learn."